The First Japanese American Jockey in the U.S. 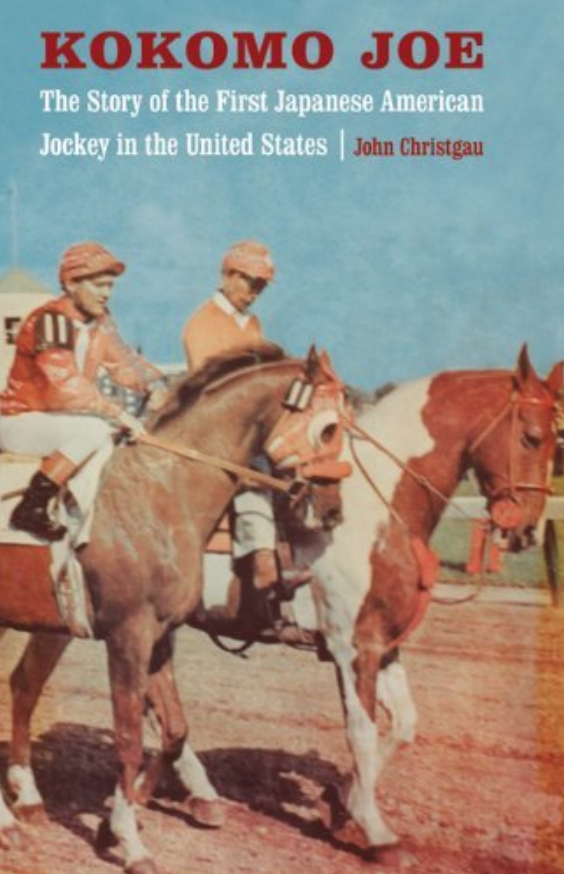 The first Japanese American jockey, Kokomo Joe, burst like a comet on the American horse-racing scene in the summer of 1941. As war with Japan loomed, Yoshio “Kokomo Joe” Kobuki won race after race, stirring passions far beyond merely the envy and antagonism of other jockeys. His is a story of the American dream catapulting headlong into the nightmare of a nation gripped by wartime hysteria and xenophobia. The story that unfolds in Kokomo Joe is at once inspiring, deeply sad, and richly ironic—and remarkably relevant in our own climate of nationalist fervor and racial profiling.

Sent to Japan from Washington State after his mother and three siblings died of the Spanish flu, Kobuki continued to nurse his dream of the American good life. Because of his small stature, his ambition steered him to a future as a star jockey. John Christgau narrates Kobuki’s rise from lowly stable boy to reigning star at California fairs and in the bush leagues. He describes how, at the height of the jockey’s fame, even his flight into the Sonora Desert could not protect him from the government’s espionage and sabotage dragnet. And finally he recounts how, after three years of internment, Kokomo Joe tried to reclaim his racing success, only to fall victim to still-rampant racism, a career-ending injury, and cancer.

“Christgau masterfully unearths a story about a small man with a giant spirit struggling to realize a dream in the midst of racial hatred and fear.”
(Satsuki Ina, Producer, From A Silk Cocoon)

“John Christgau has given us the bittersweet story of ‘Kokomo Joe’ Kobuki, who carried the American dream on his tiny shoulders, and of those whose fear of others tried to wrest the dream from him.”
(Dr. Stephen Fox, Fear Itself: Inside the FBI Roundup of German Americans during World War II)

“If there is a Triple Crown for long shot sports books, this is it.”
(Dave Newhouse, Oakland Tribune)