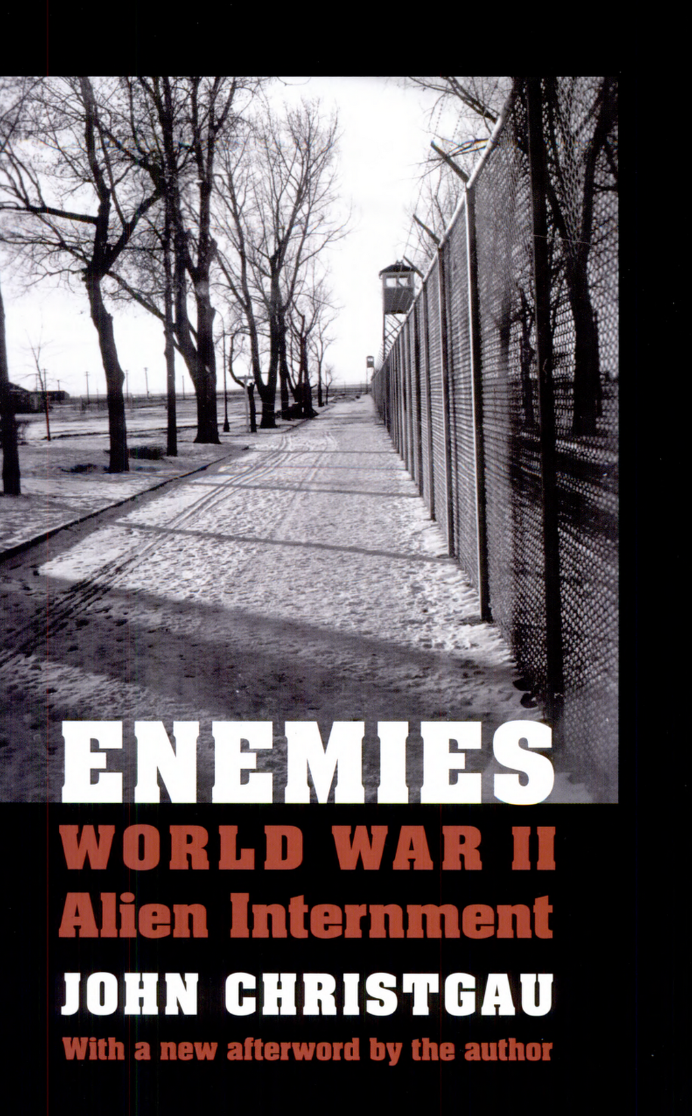 They were called aliens and enemies. But the World War II internees John Christgau writes about were in fact ordinary people victimized by the politics of a global war. The Alien Enemy Control Program in America was born with the United States’s declaration of war on Japan, Germany, and Italy and lasted until 1948. In all, 31,275 “enemy aliens” were imprisoned in camps like the one described in this book—Fort Lincoln, just south of Bismarck, North Dakota.

In animated and suspenseful prose, Christgau tells the stories of several individuals whose experiences are representative of those at Fort Lincoln. The subjects’ lives before and after capture—presented in five case studies—tell of encroaching bitterness and sorrow. Christgau based his accounts on voluminous and previously untouched National Archives and FBI documents in addition to letters, diaries, and interviews with his subjects.

Christgau’s afterword for this Bison Books edition relates additional stories of World War II alien restriction, detention, and internment that surfaced after this book was originally published, and he draws parallels between the alien internment of World War II and events in this country since September 11, 2001.

It is still stunning to read the personal stories of even a few of these men and to be reminded of the fragility of constitutional assurances of due process.
—Bismarck Tribune

“Enemies focuses on the Enemy Alien Internment Program, which operated from 1941 to 1946, and confined more than 31,000 persons . . . Using primary sources such as National Archives documents, FBI reports, and oral-history interviews with former prisoners, the author, in very moving and human terms, recounts the stories of individuals from a wide variety of backgrounds . . . An excellent account, recommended for academic and large public libraries.”
–Louis Vyhanek, Library Journal

Christgau has taken a fresh, comprehensive look at our government’s flawed alien internment program of World War 11. He makes the story poignant by focusing on the lives of several people at Ft. Lincoln, a prison camp near Bismarck, North Dakota.
–Stanton Samuelson, San Francisco Examiner

Some of these events might be incorporated into a fictional spy thriller… This book, however, deals strictly with facts, told in a crisp, exciting manner.
–Jack Russell, San Mateo Times