The Origins of the Jump Shot

Eight Men Who Shook the World of Basketball 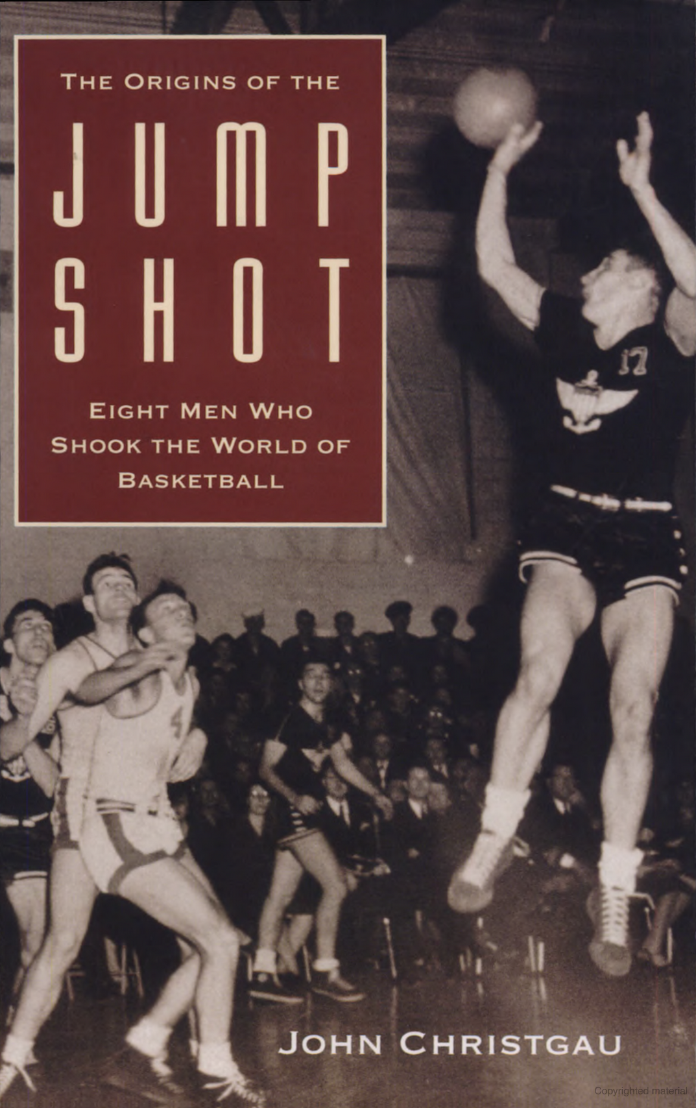 Before the jump shot, basketball was an earth-bound game. In fact, inventor James Naismith did not originally intend for players to move with the ball. The inspired invention of the dribble first put the ball handler in motion. The jump shot then took the action upward. But where, when, and how did the jump shot originate?

Everybody interested in basketball knows the answer to that question. Unfortunately, everybody knows a different answer. John Christgau delves into basketball’s evolution, following the supposed inventors of the jump shot to the games in which they first took to the air. He discovers that a number of pioneer players, independently but from the same inspired possibility, can each claim credit for inventing the jump shot.

It is still stunning to read the personal stories of even a few of these men and to be reminded of the fragility of constitutional assurances of due process.
(Bismarck Tribune)

“Enemies focuses on the Enemy Alien Internment Program, which operated from 1941 to 1946, and confined more than 31,000 persons . . . Using primary sources such as National Archives documents, FBI reports, and oral-history interviews with former prisoners, the author, in very moving and human terms, recounts the stories of individuals from a wide variety of backgrounds . . . An excellent account, recommended for academic and large public libraries.”
(Louis Vyhanek, Library Journal)

Christgau has taken a fresh, comprehensive look at our government’s flawed alien internment program of World War 11. He makes the story poignant by focusing on the lives of several people at Ft. Lincoln, a prison camp near Bismarck, North Dakota.
(Stanton Samuelson, San Francisco Examiner)

Some of these events might be incorporated into a fictional spy thriller… This book, however, deals strictly with facts, told in a crisp, exciting manner.
(Jack Russell, San Mateo Times)

“Basketball,” the American People’s Encyclopedia says, “may dispute baseball’s claim as the national game of the U.S., because it is the only such game that is wholly native American in origin . . . ”

And since James Naismith invented the game with peach-baskets in Springfield, Massachusetts in 1891, the introduction of the jump shot stands as the game’s most important change. Where did the remarkable shot come from? Who were its originators?

One of the earliest shooters was Kenny Sailors. He was born in Nebraska in 1923, and at an early age moved with his mother and older brother Bud to a farm on the bleak Wyoming prairie east of Cheyenne. There, the family scratched out a living on a small farm during the depths of the Depression. “Boys,” Cora Belle Sailors directed her two sons during frigid winters, “go out and get some fuel.” That meant either cow chips gathered off the prairie, or roadside pieces of rubber tire that would bum with a fierce heat. Cora Sailors also instilled in her two sons a curious combination of fatalism and determination. “Lord,” she would end the prayers at the supper table, “not my will, but Yours.” Then she would lecture them. “It doesn’t make any difference if you get knocked down seven times. You get back up.”

By early 1934, at six-five Bud Sailors was one of the tallest people anybody on the prairie around Cheyenne had ever seen. At the end of his junior year at Hillsdale High, his coach loaned him a school ball to practice with over the summer. Bud nailed a hoop to the side of their farm windmill, and he and his little brother Kenny, four years younger and a foot short than Bud, began fierce one-on-one games.

Bud’s strategy was merely to sit back and wait until Kenny tried to shoot, then slap the ball back in his little brother’s face. His mother’s homily about perseverance fresh in his mind, Kenny was soon taking his first jump shots at the windmill basket in May of 1934. They were desperate, leaping efforts to try to avoid having the ball batted away by his towering brother. Eventually, the shot became unstoppable, against tall men or short, and Kenny Sailors went from high school straight to the University of Wyoming, where he became an All American and one of the leaders of the 1943 NCAA champs. His jump shots in the finals against Georgetown are considered the first ones ever taken in Madison Square Garden.

After the war, Kenny was signed by Cleveland in the old ABL. From 1946 to 1951, he played with five different professional teams, including the original Denver Nuggets. He was consistently among the leading scorers in professional basketball. In the early 60s, Joe Lapchick wrote, “Hank Luisetti and Kenny Sailors have to be the two players who most influenced the game of basketball.” Others called him the father of the jump shot, and after he moved to a remote log cabin in Alaska to work as a hunting guide, he did his best to at least look like a patriarch as he aged and his face became leathery. Still, when sportswriters pressed him to answer if he was in fact the inventor of the jump shot, he would only scoff and tell them, “How would I know if I was the first one? Maybe Naismith himself did it a time or two.”

Kenny Sailors still lives and guides in Alaska, and he is one of eight pioneer basketball players featured in John Christgau’s THE ORIGINS OF THE JUMP SHOT: Eight Men Who Shook the World of Basketball. The others are:

THE ORIGINS OF THE JUMP SHOT is for all basketball junkies who, wearing slick jerseys or in pickup games in the street, may have shot jumpers themselves and who now wonder who it was that changed the game of basketball so dramatically. It is also a book for a larger market of readers who will appreciate a dramatic narrative that is about hardship, fierce independence, and the origins of creativity.