The Story of a P-51 Mustang 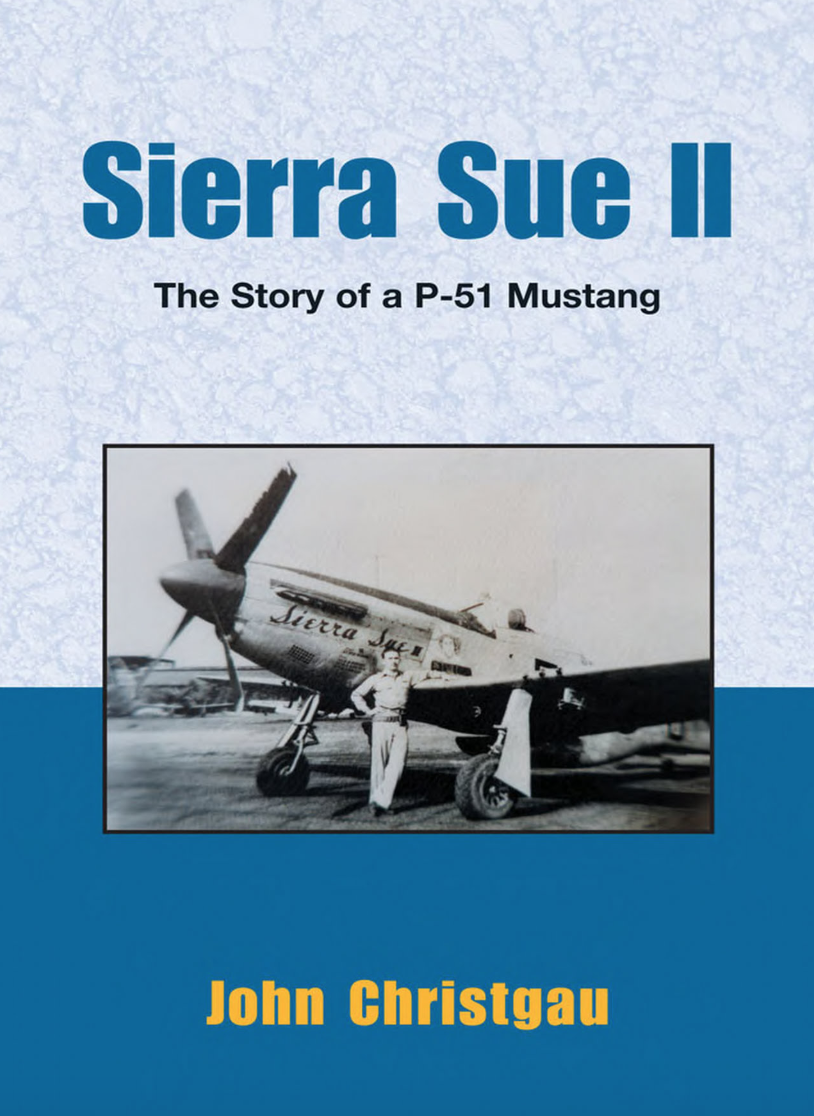 During World War II, 15,000 P-51 Mustang fighter planes were produced by North American Aviation. Arguably the best fighter plane ever made, today there are less than a hundred left flying in the world. Of those, only a handful saw combat. Sierra Sue: The Story of a P-51 Mustang is the story of one of those survivors.

The backdrop of the story is Sierra Sue II’s appearance at the huge Offutt Air Force Base Open House in 1989. There, we go behind-the-scenes for glimpses of warbird pilots and jet jockeys alike, preparing for their air show acts. We also go six stories underground for a rare, chilling visit to our nuclear command post.

But the real story is the history of Sierra Sue II, and the remarkable pilots who flew and loved her: from 1st Lt. Bob Bohna who flew her in combat during World War II and nearly became a reverse ace, to Sten Soderquist who flew her in Sweden in the early 50s when more than thirty Swedish pilots died in Mustang crashes, to Nicaragua where she was involved in several of dictator Luis Somoza’s military adventures in the late 50s, to California where Dave Allender modified her with the intent of setting a new world speed record for piston aircraft.

Almost forty years after her combat missions in the war, Sierra Sue II is bought by a hard-flying Minnesota physician known on the air show circuit simply as “Doc”. His romance with Sierra Sue II continues where Bohna and Soderquist and Allender leave off. But Doc is more than just another ardent admirer in her long history. While an Air Force jet pilot in the 50s, Doc crashed and suffered major injuries that ended his Air Force career. During his long recuperation, he took up a study of medicine that led to a general practice in Minneapolis. Now, he is determined to restore Sierra Sue II to her World War II condition and take her on the Midwest air show circuit. We follow that restoration in California by a mechanical genius named Jack Cochrane, and then Doc’s cross-country flight to Minnesota, ending in a harrowing landing at nightfall on a remote airstrip on the Minnesota prairie.

Millions of air show fans have enjoyed the sight of Sierra Sue II’s ageless beauty. Now, here is her story.

“Without a doubt, the most interesting book about a warbird.”
(Warbirds of America)

“No Mustang story has ever been more completely, and dramatically told. A work of sentiment, if not love.”
(Lee Atwood, North American Aviation)

“The plane has proved indestructible … It has miraculously survived.”
(San Francisco Chronicle)

“If there has ever been a book written just for P-51 Mustang fans, this has to be it! The average dictionary does not contain enough superlatives to describe this little book!”
(Dick Phillips, Warbird Images)

“The book not only encompasses the plane’s history, but the relationship between her and her four pilots . . .”
(San Mateo Times)

“[Christgau] brings us along from the moment the first two pieces of metal are fastened together in the factory in 1944, to the present day as Sierra Sue II sits in beautiful flying condition at Flying Cloud Airport in Eden Prairie, Minnesota.”
(Newsletter, American Aviation Historical Society)

“The amazing story of a surviving P-51, Sierra Sue II, and the remarkable pilots who have flown and loved her.”
(Zenith Books)